LIVE IN A CASTLE.

Reconnect with nature and embark on an inspiring journey.

Are You Ready To:

You're tired of living the same life you always have...

Every day starts looking the same and you wonder if there's any way out of it. Your colleagues, friends, and family are in the same loop and you wish there was a way to break the cycle.

For years, I couldn't figure out what I was doing wrong. I read the self-help books and had the desire for a better life.

Yet I was hitting the snooze button every morning, dreading going to work, and going through the motions. I was exhausted, unmotivated, and directionless.

Why can't I be happy?

You and I are doers. Dreamers. Creators. We're meant to build something bigger than ourselves.

Most people don't know that everything happens on a cellular level. Most of us are trapped in a literal loop of thinking/feeling/doing the same things every single day because of our neurolinguistic programming.

You're greater than the emotions you feel and the thoughts you think. Sure, it's easier to go to work, come home, crash on the couch, sleep, then repeat. You wish you could feel more joy about your life but don't know where to start. Or you've tried before and failed.

While other people chip away at life YOU can discover your badass divine potential right here and now...

We invite you to experience a life-changing retreat with Henry and an intimate group at one of the most beautiful places in the world. This retreat will include transformative, custom experiences that will give you healing, empowerment, clarity, and peace. 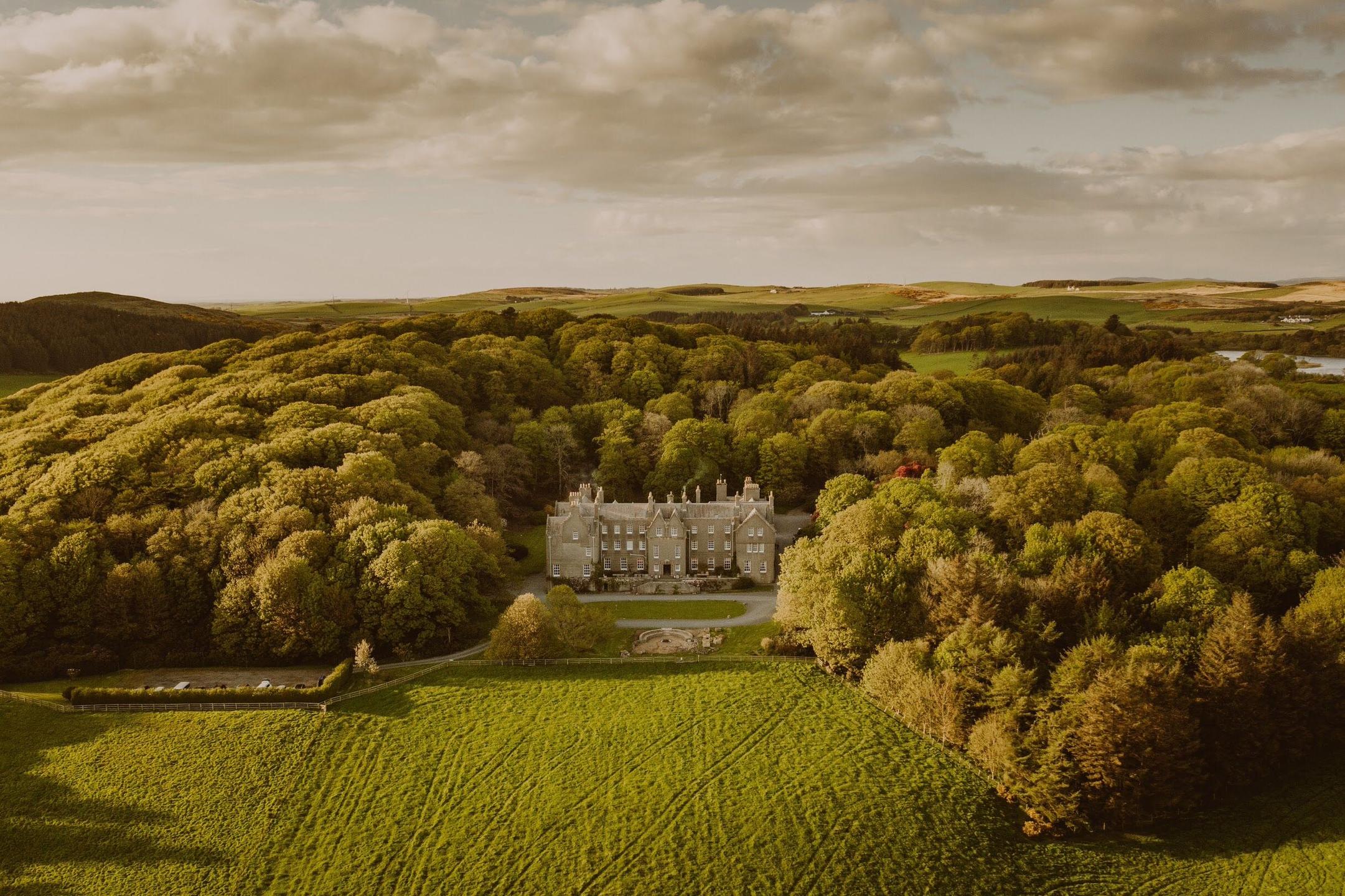 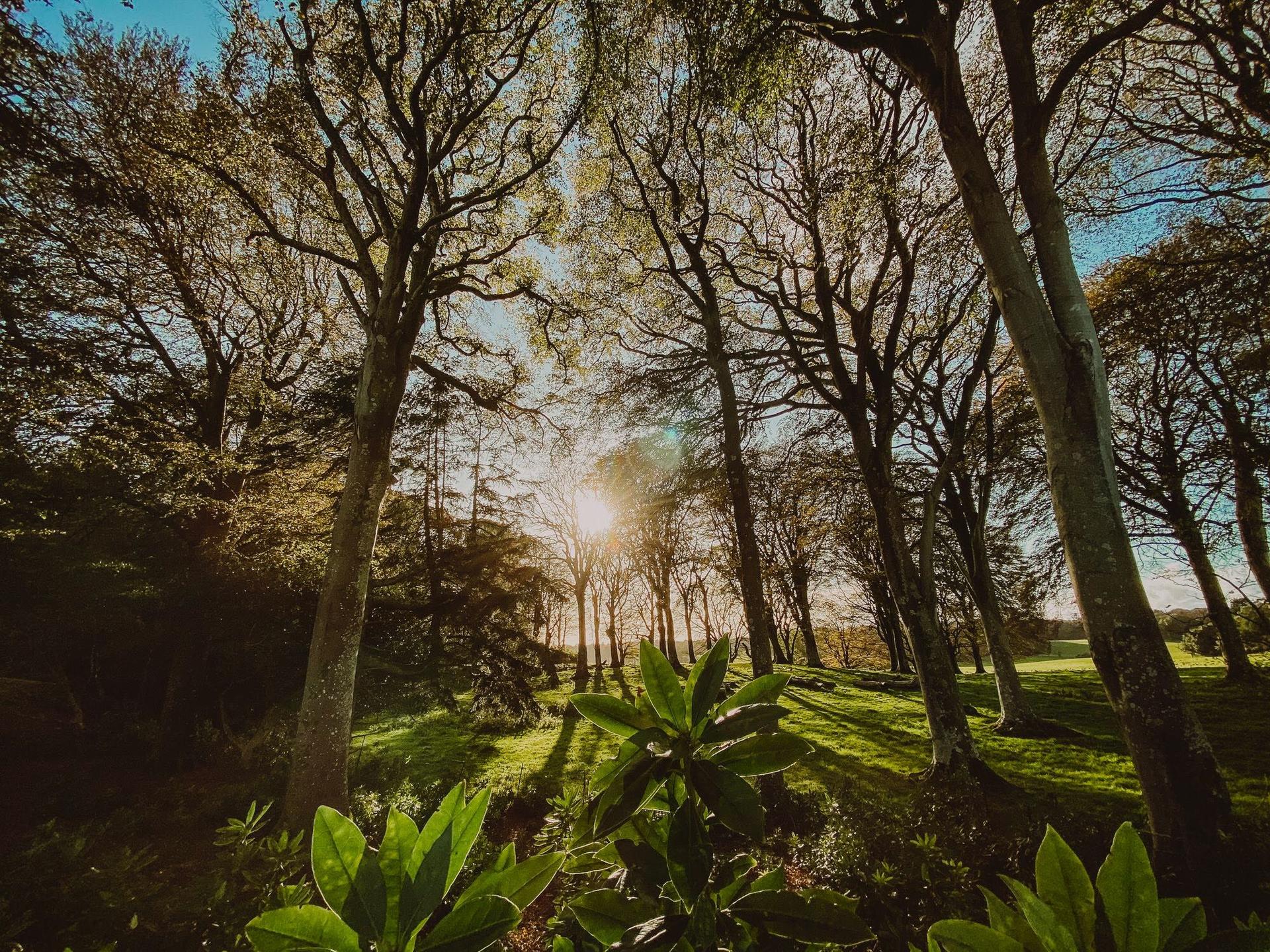 Fears include: Worrying what others think, insecurity, lack of self love, fear of failure, playing small, and SO much more. Learn which fears are holding you back and the root of where they stem from. We will be diving into some powerful processes to rewire your brain and release the root of these fears. 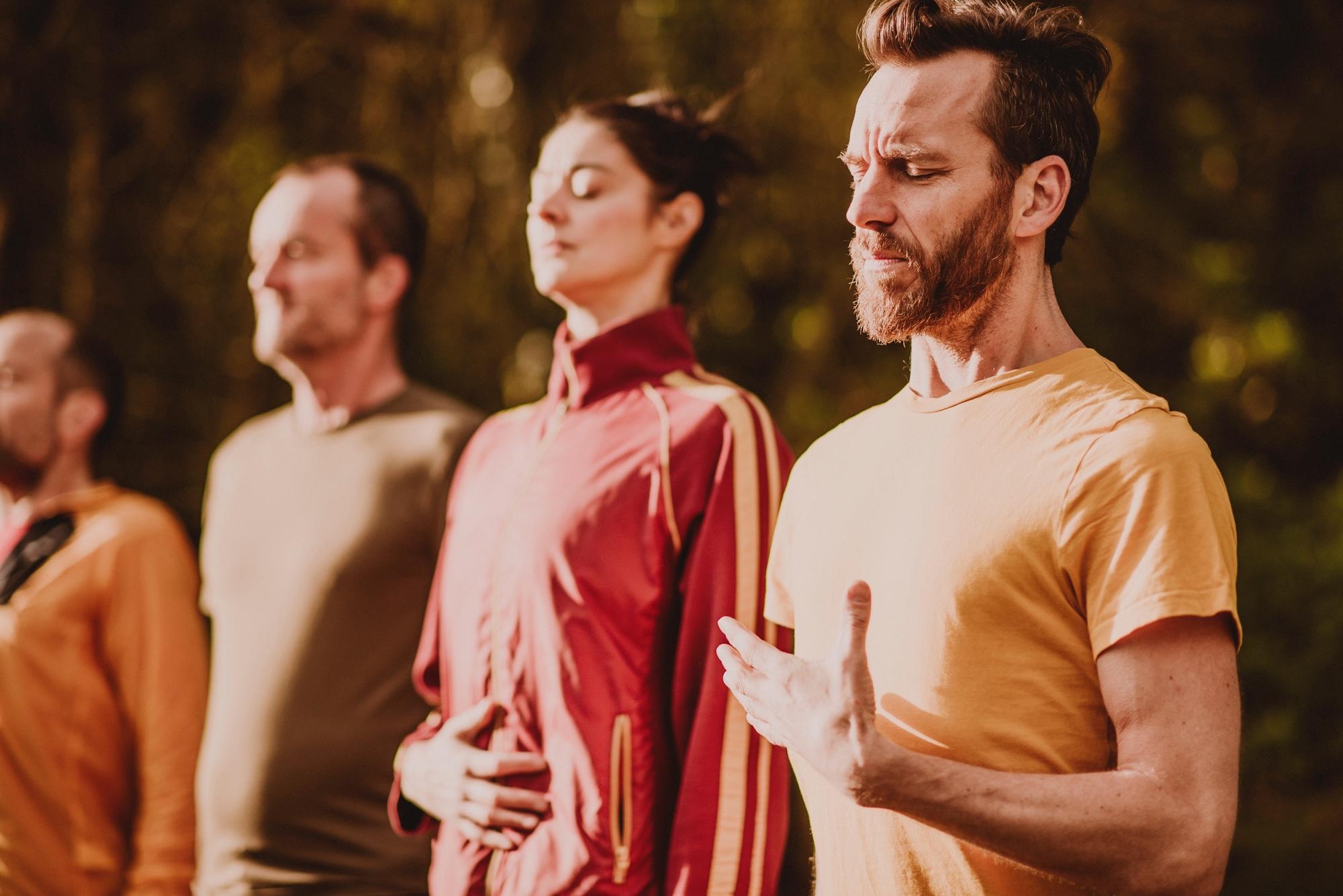 Experience transformation at a life-changing retreat located in one of the most lush, soul-nourishing places in the world.

This retreat will include transformative, custom experiences that will give you healing, empowerment, clarity, and peace.  Come to royal paradise, enjoy a week of bliss, and develop clarity & empowerment you have never experienced.

This is a once in a lifetime opportunity that will have a significant impact on the rest of your life.

Located amid 2000 acres of spectacular Scottish countryside, this royal estate will provide the perfect magical destination to bring you peace, healing, self-love, confidence, and transformation.

Join us for transformation in paradise!

Would you make it happen?

If you even feel, in your heart, that this is for you. Just do it!
You'll never feel confused about life again.

At this retreat you will:

Break free from fears and limiting beliefs. Step into your highest identity and greatest power.

Meet amazing heart-centered people who are doing the real work alongside you.

Learn to embrace and love every part of yourself.

Learn to stop playing small and Create a real impact to the world.

Create a life that you wake excited for and remove any obstacles standing in your way.

Spend 7 days living like a royalty immersed in a castle surrounded by nature and life changing experiences.

In addition to powerful and transformational processes that will have an impact on the rest of your life, you will create magical memories. 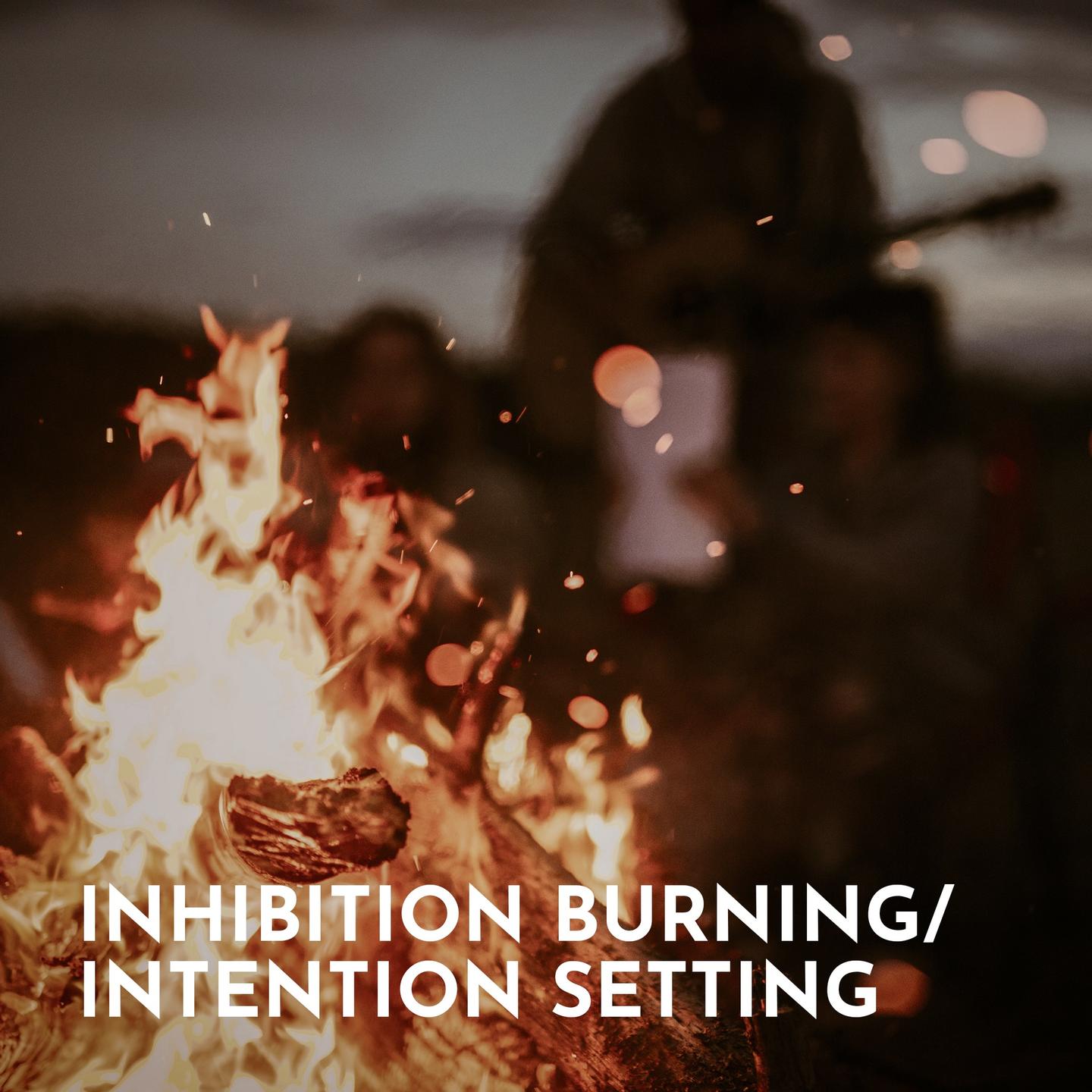 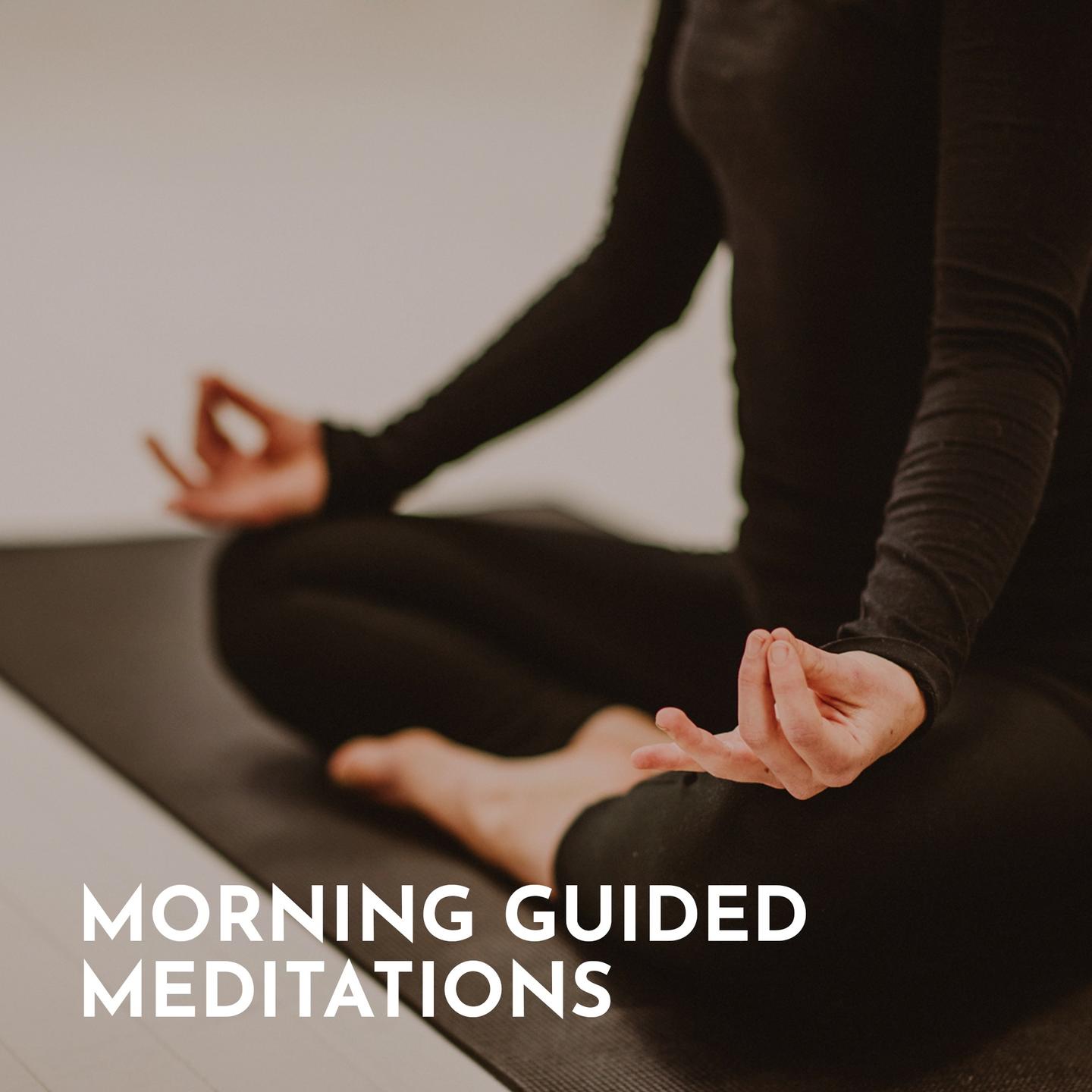 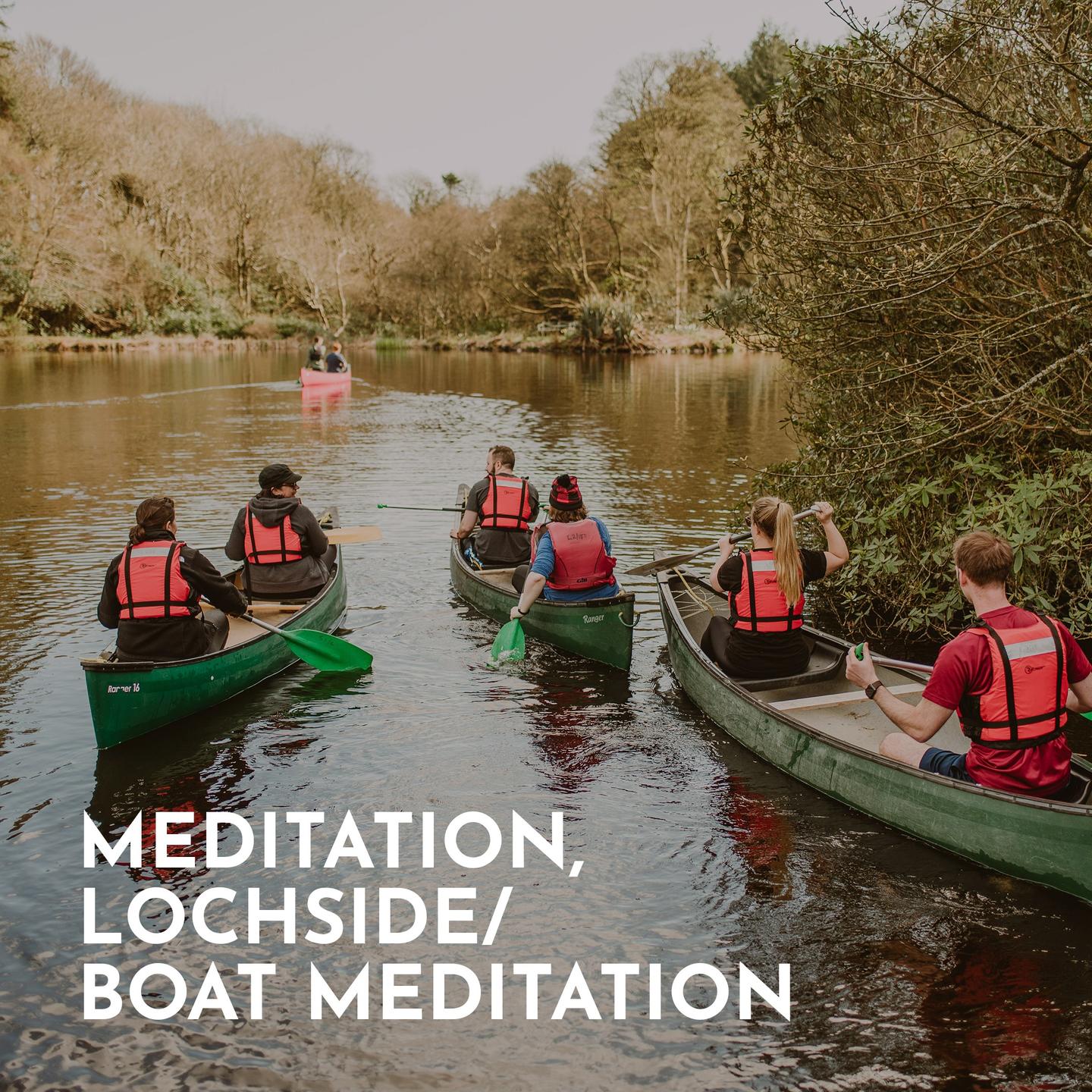 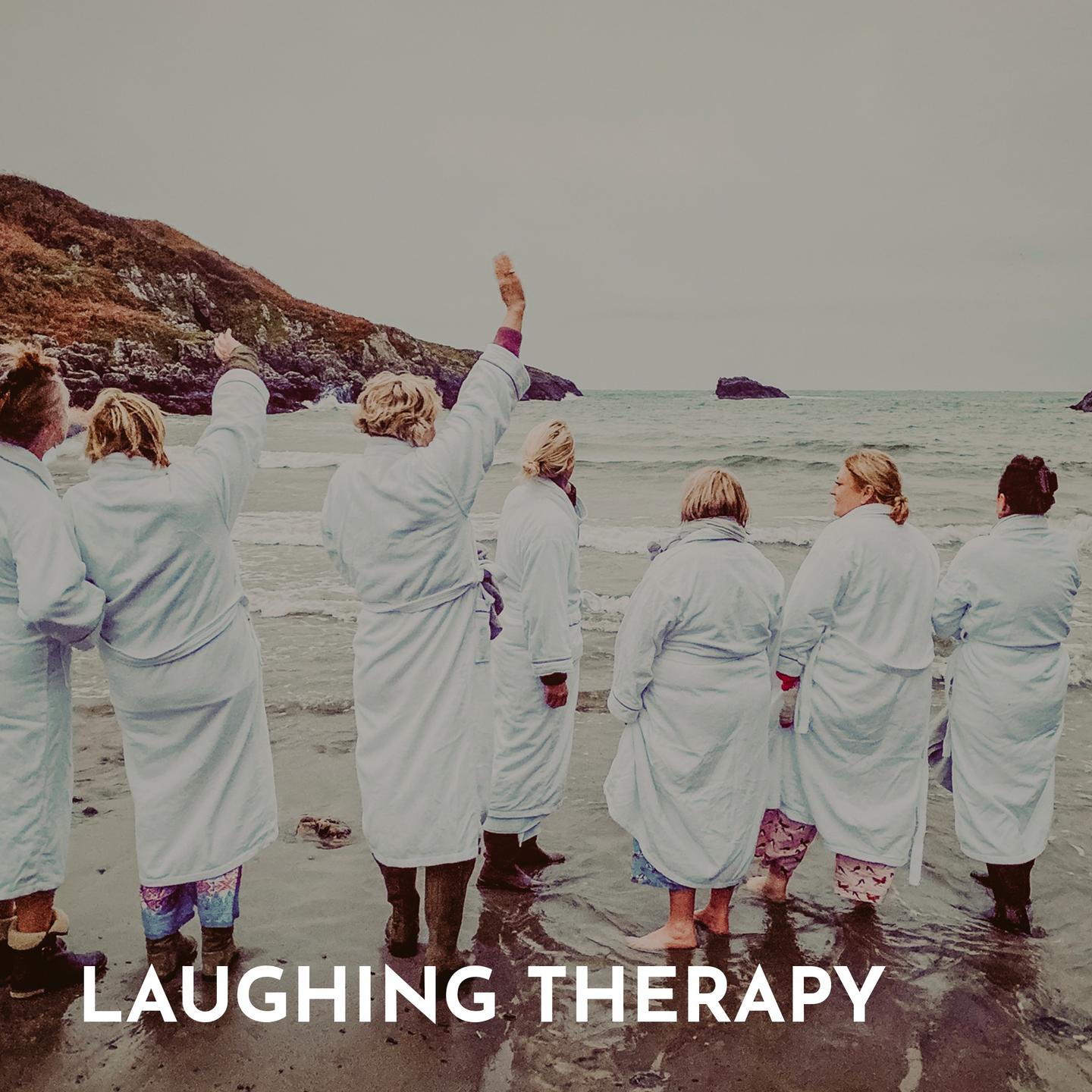 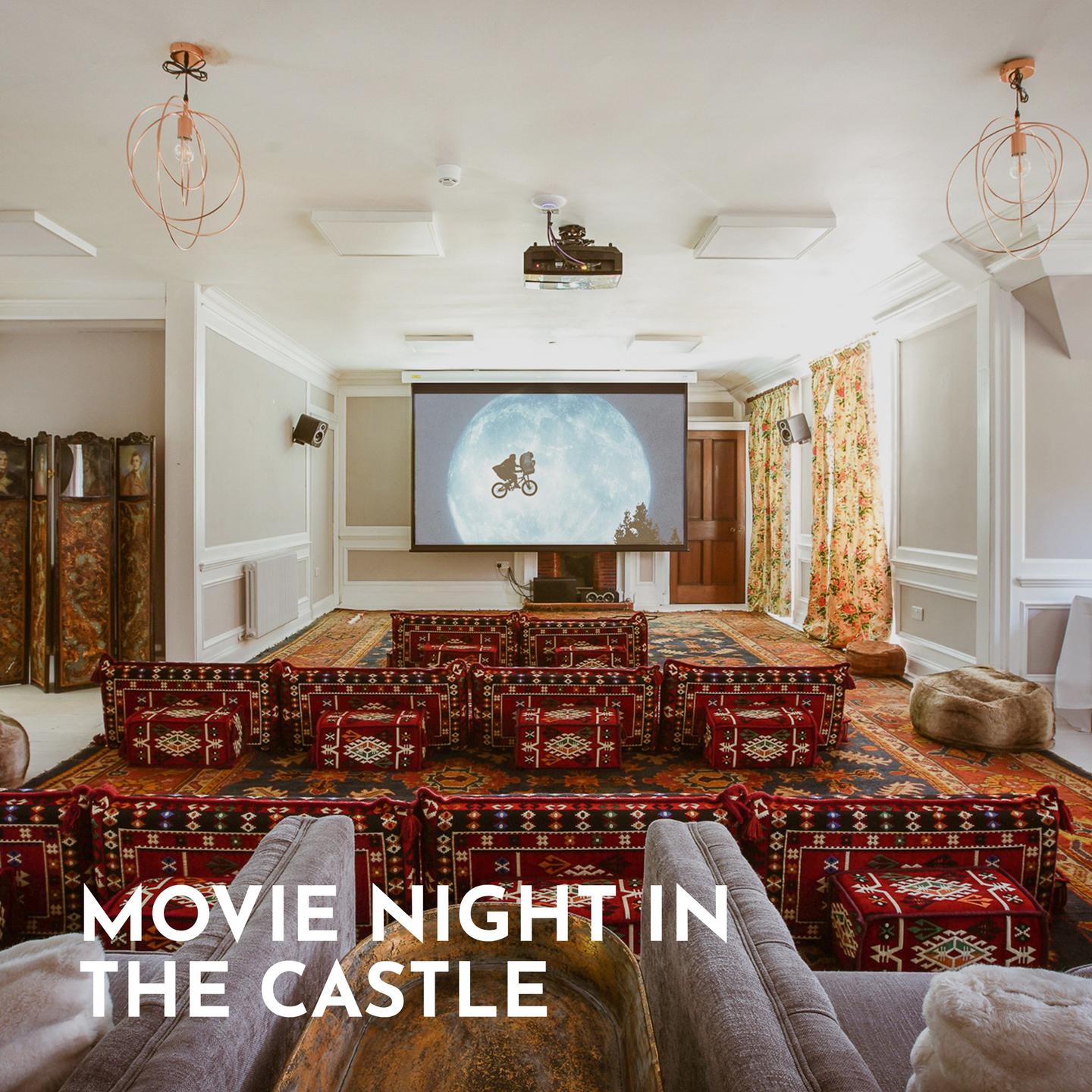 Movie night in the Castle 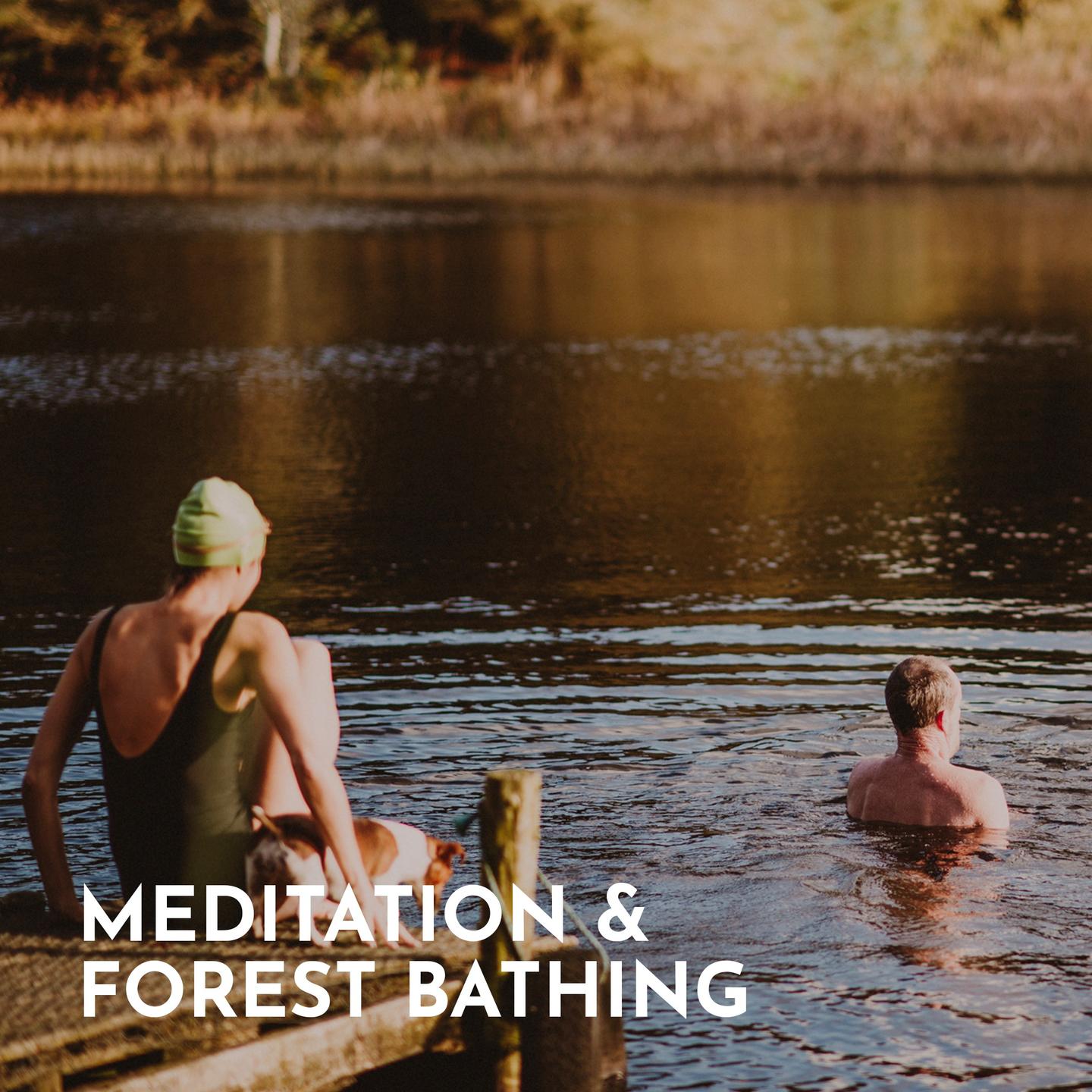 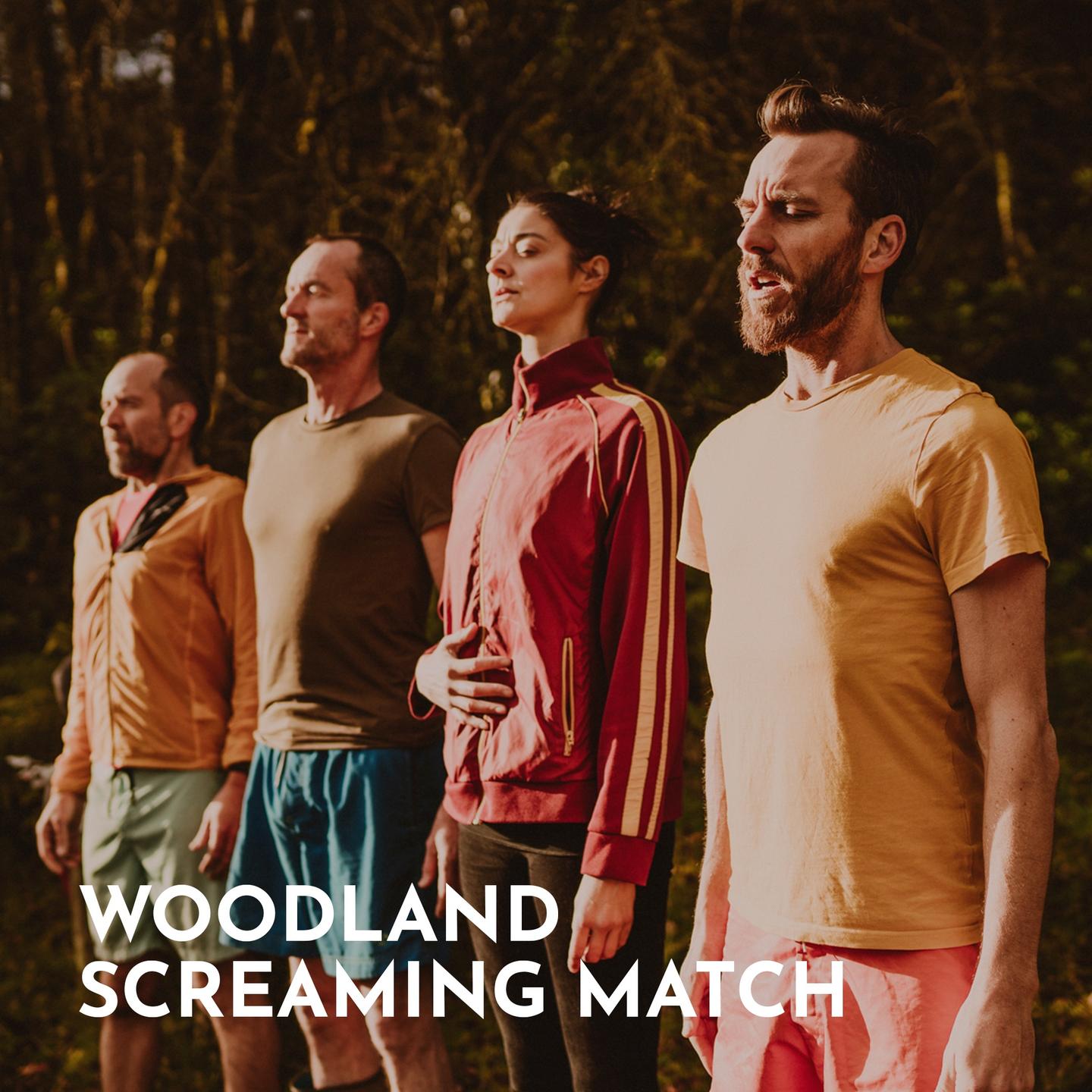 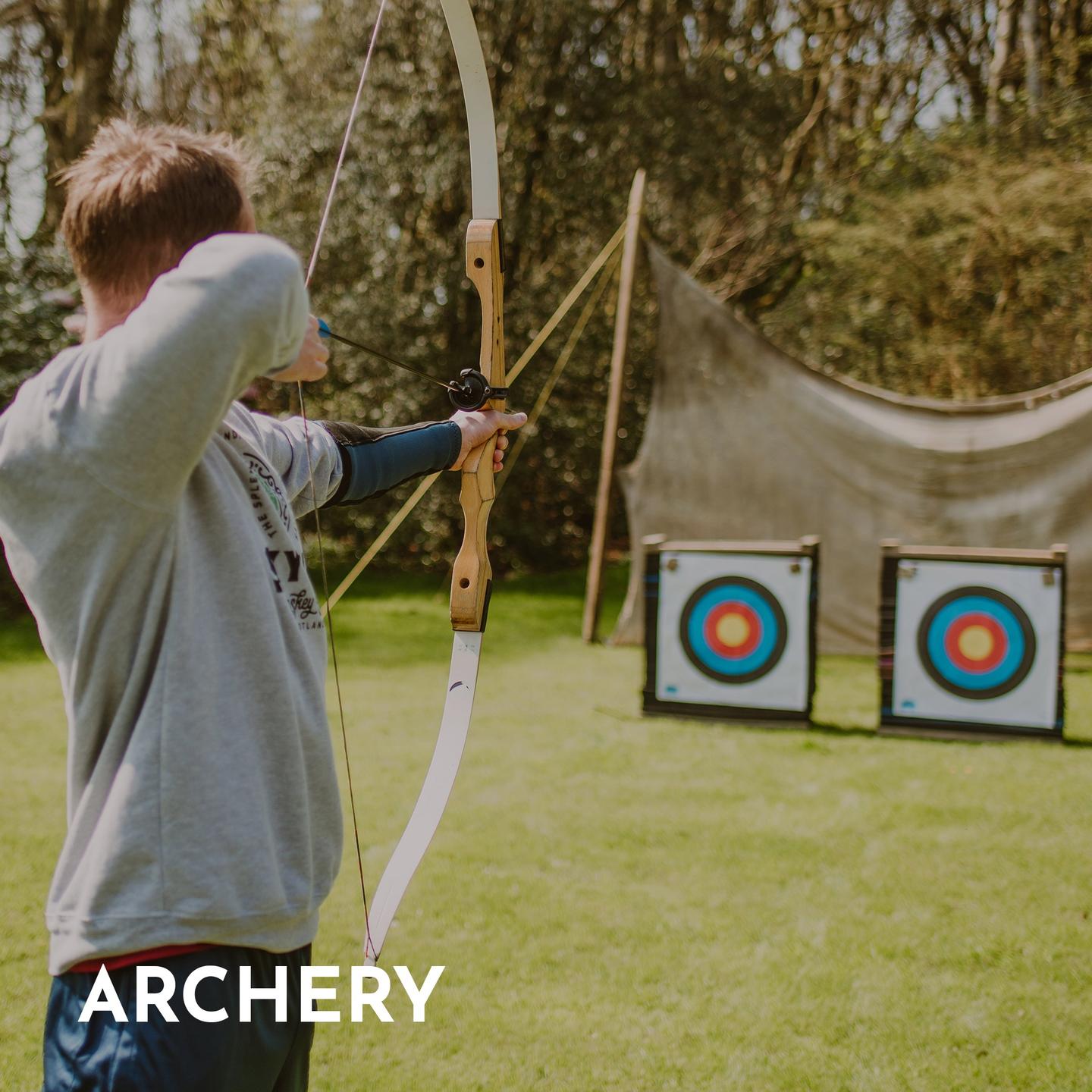 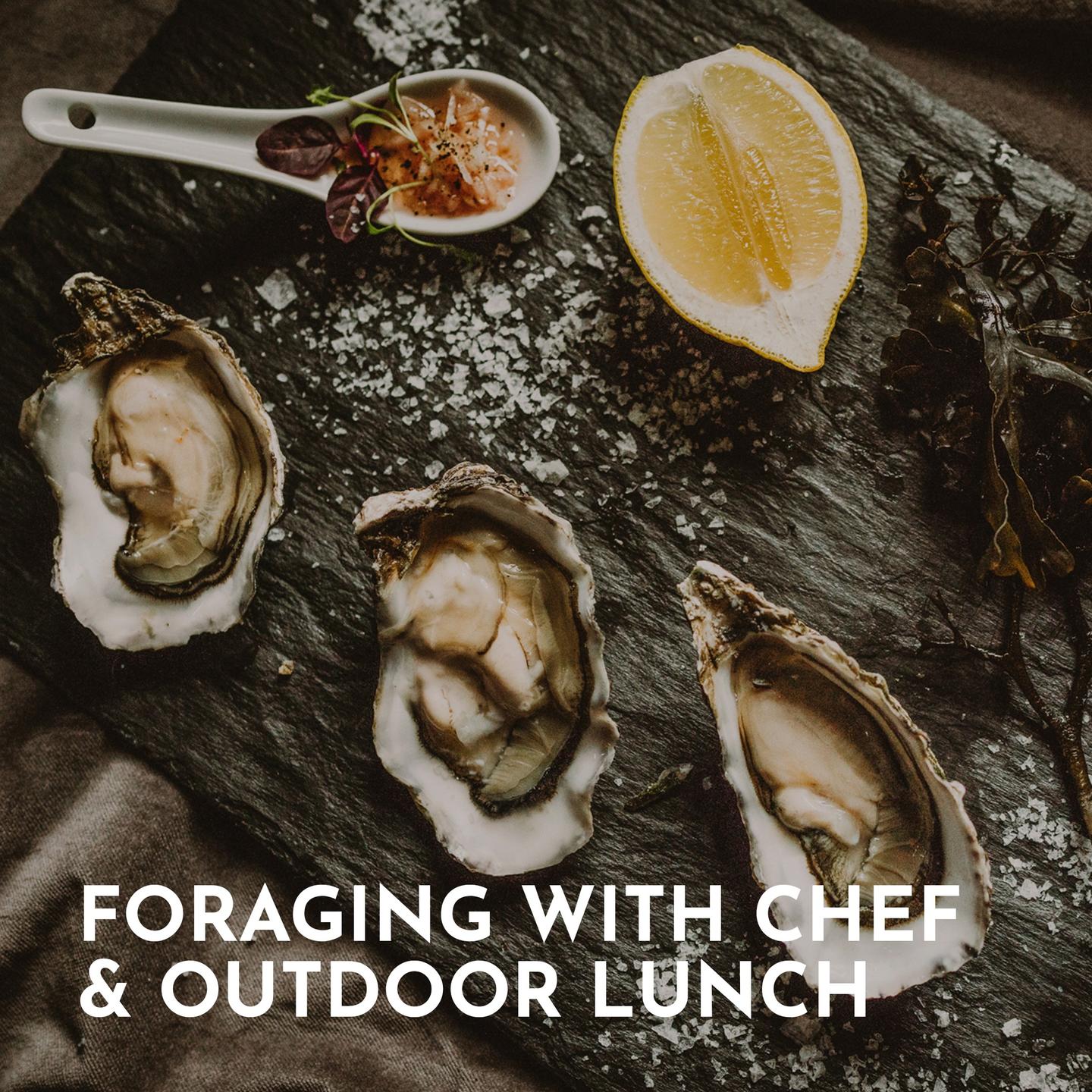 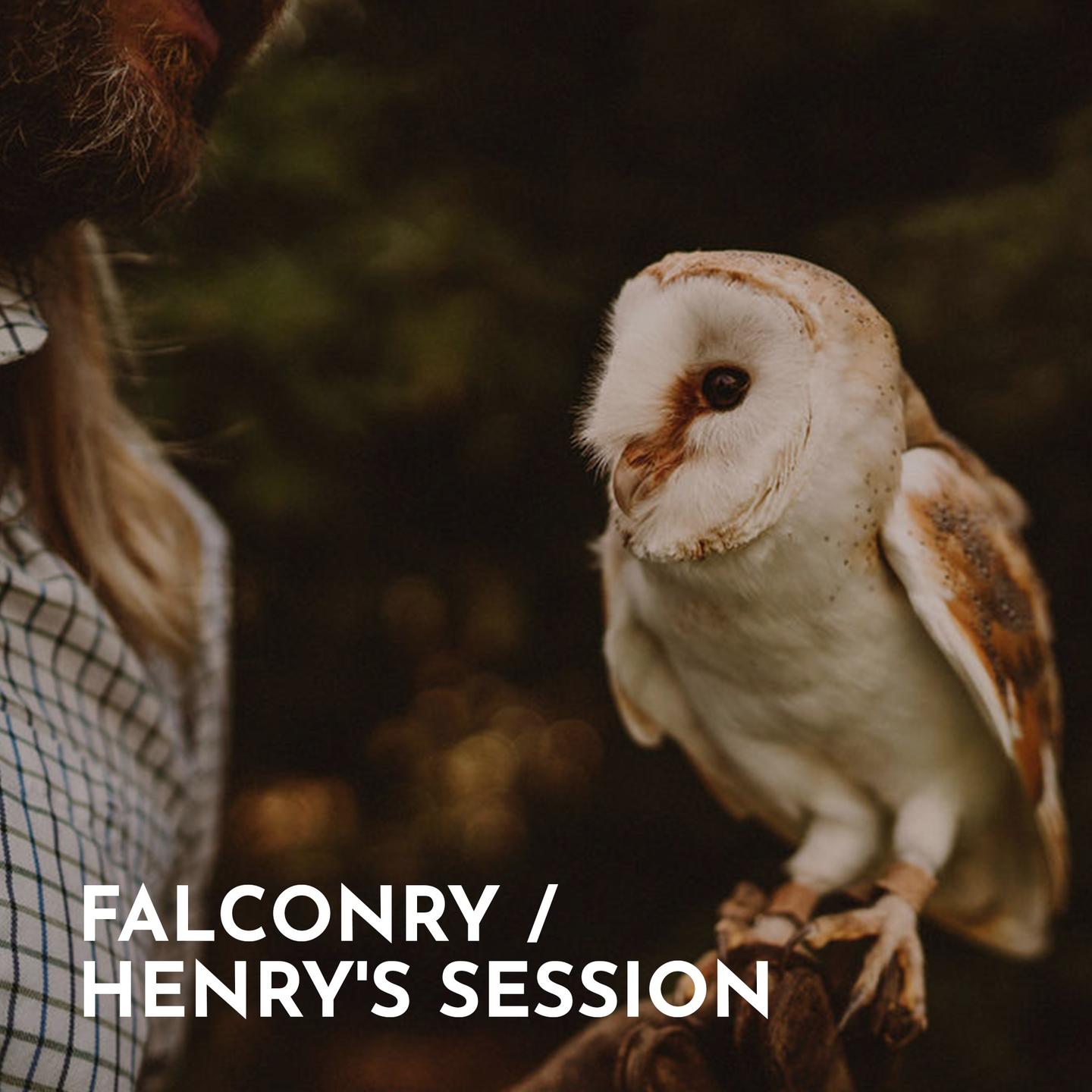 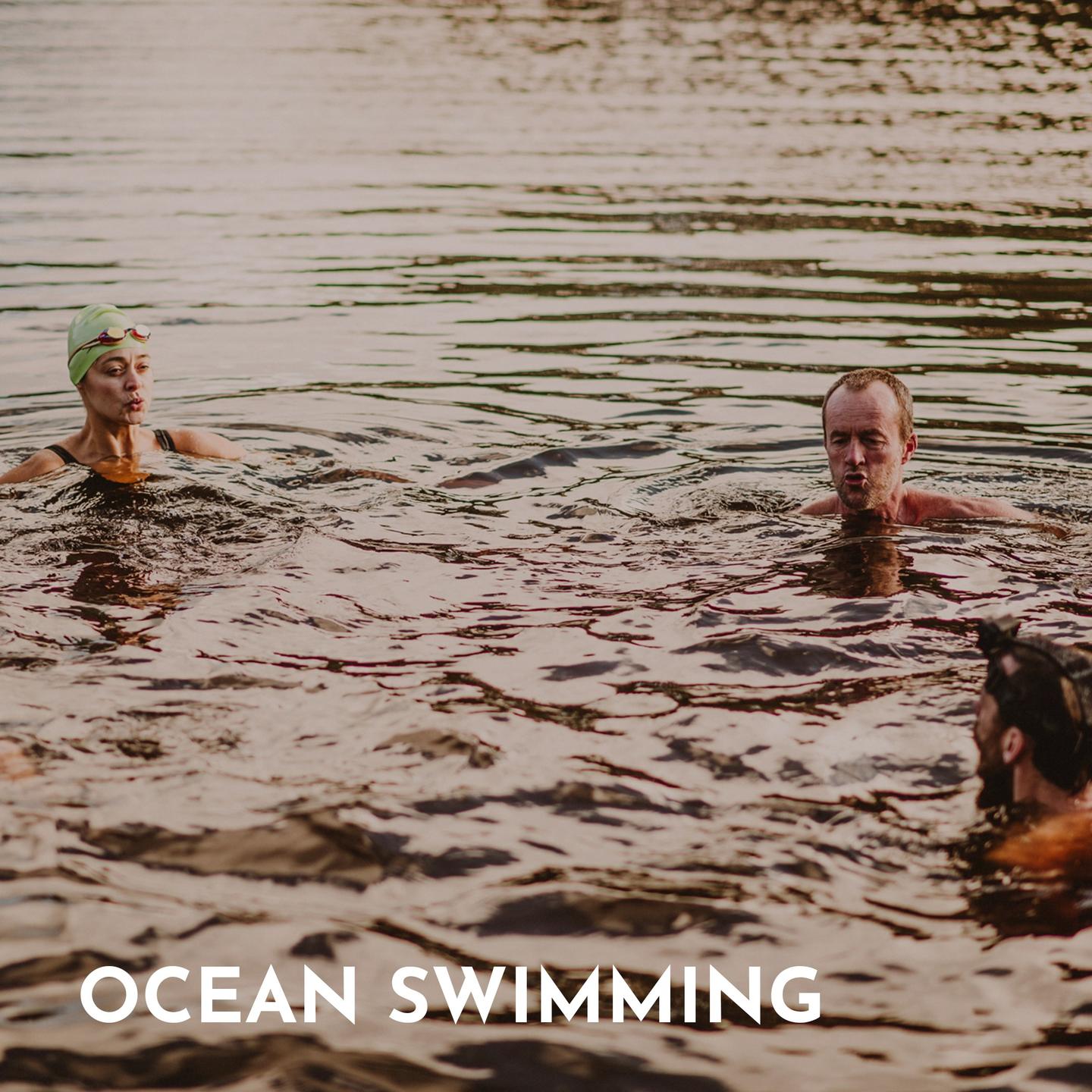 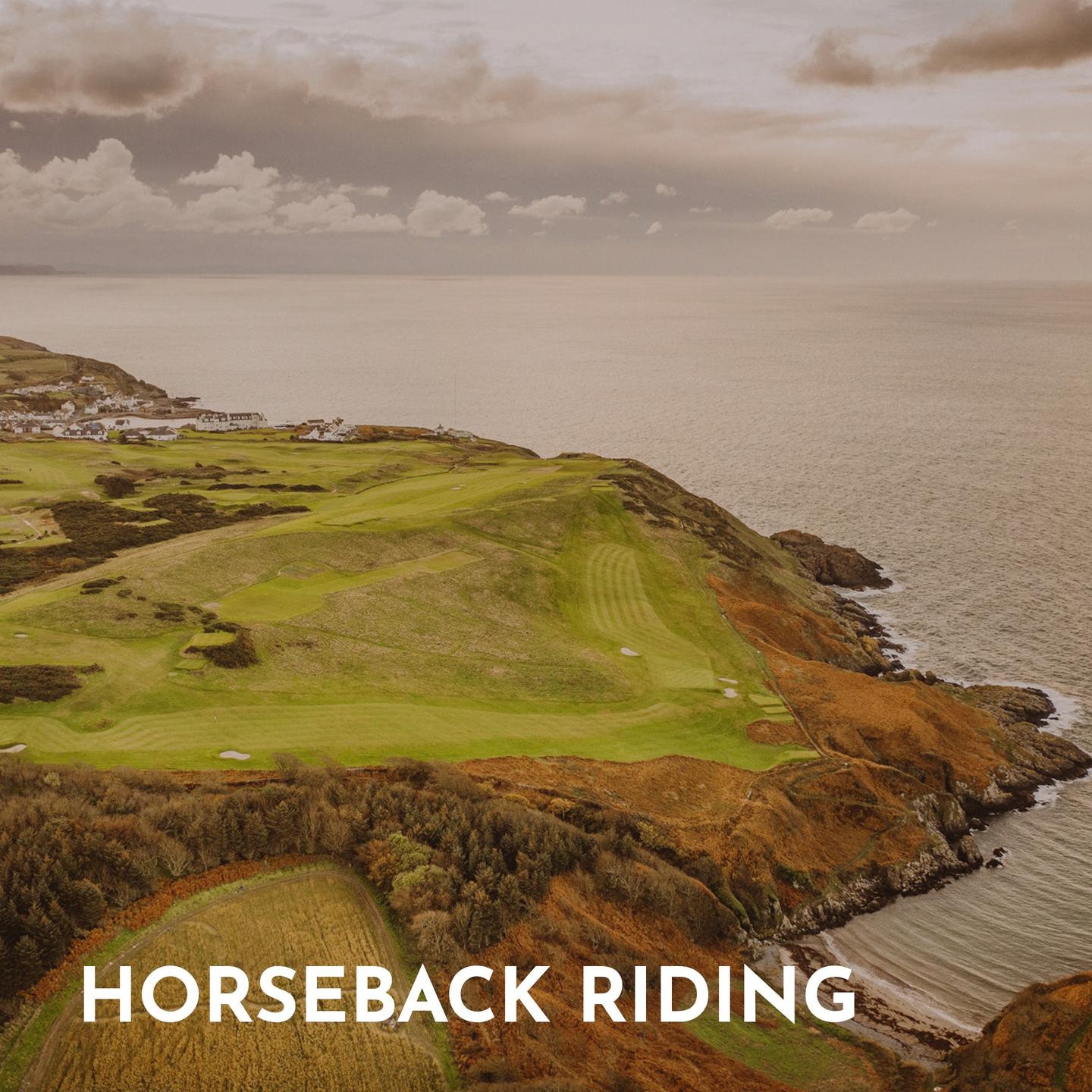 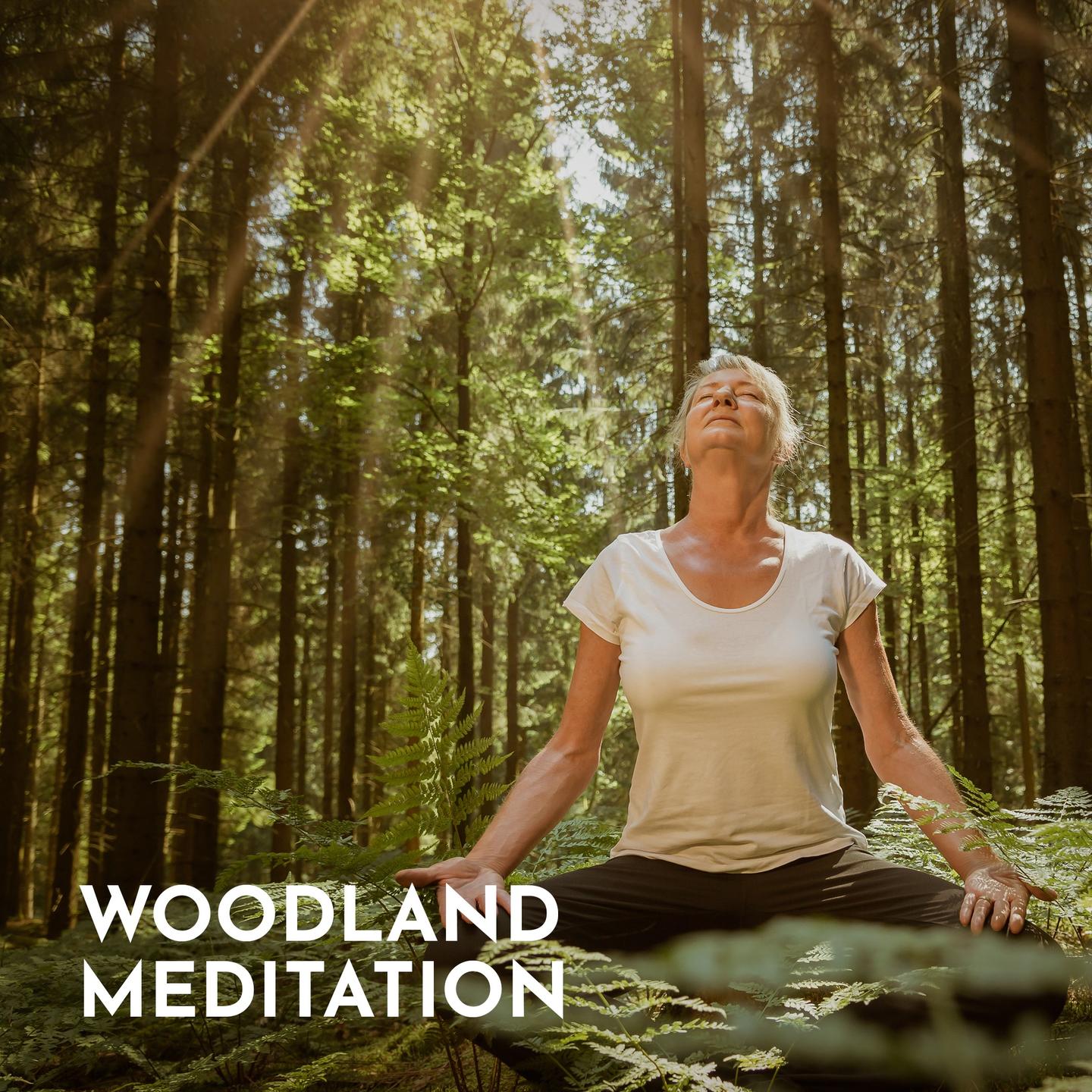 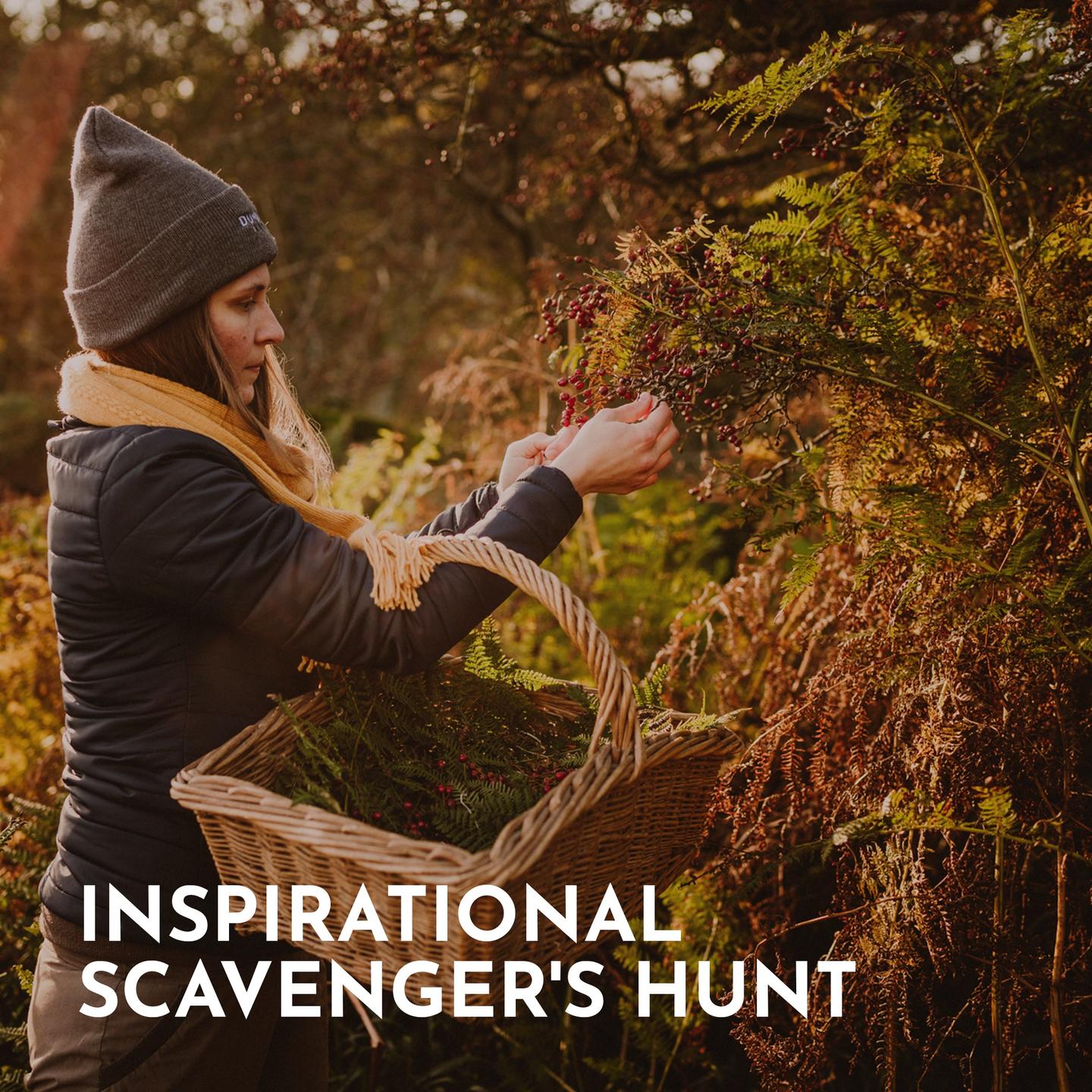 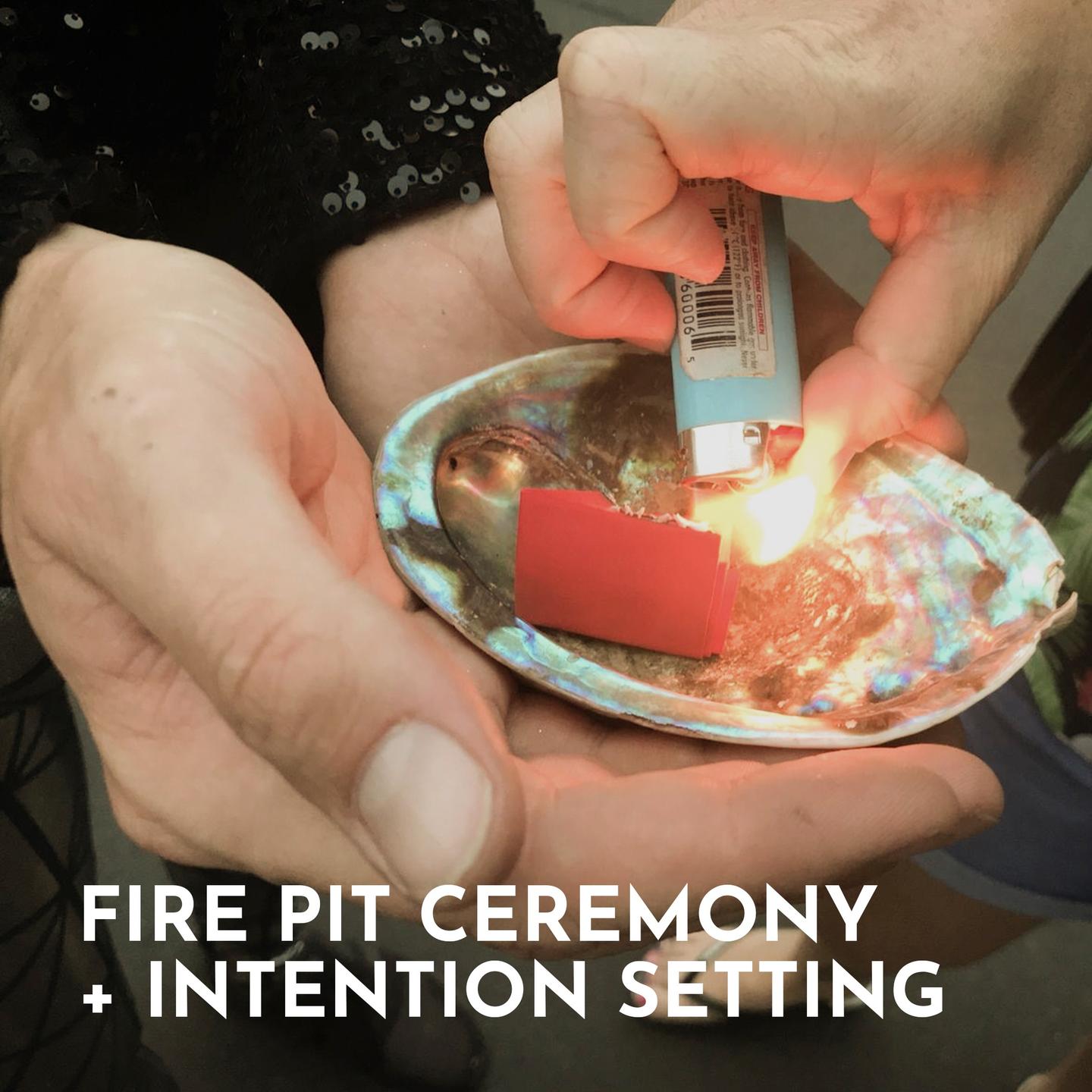 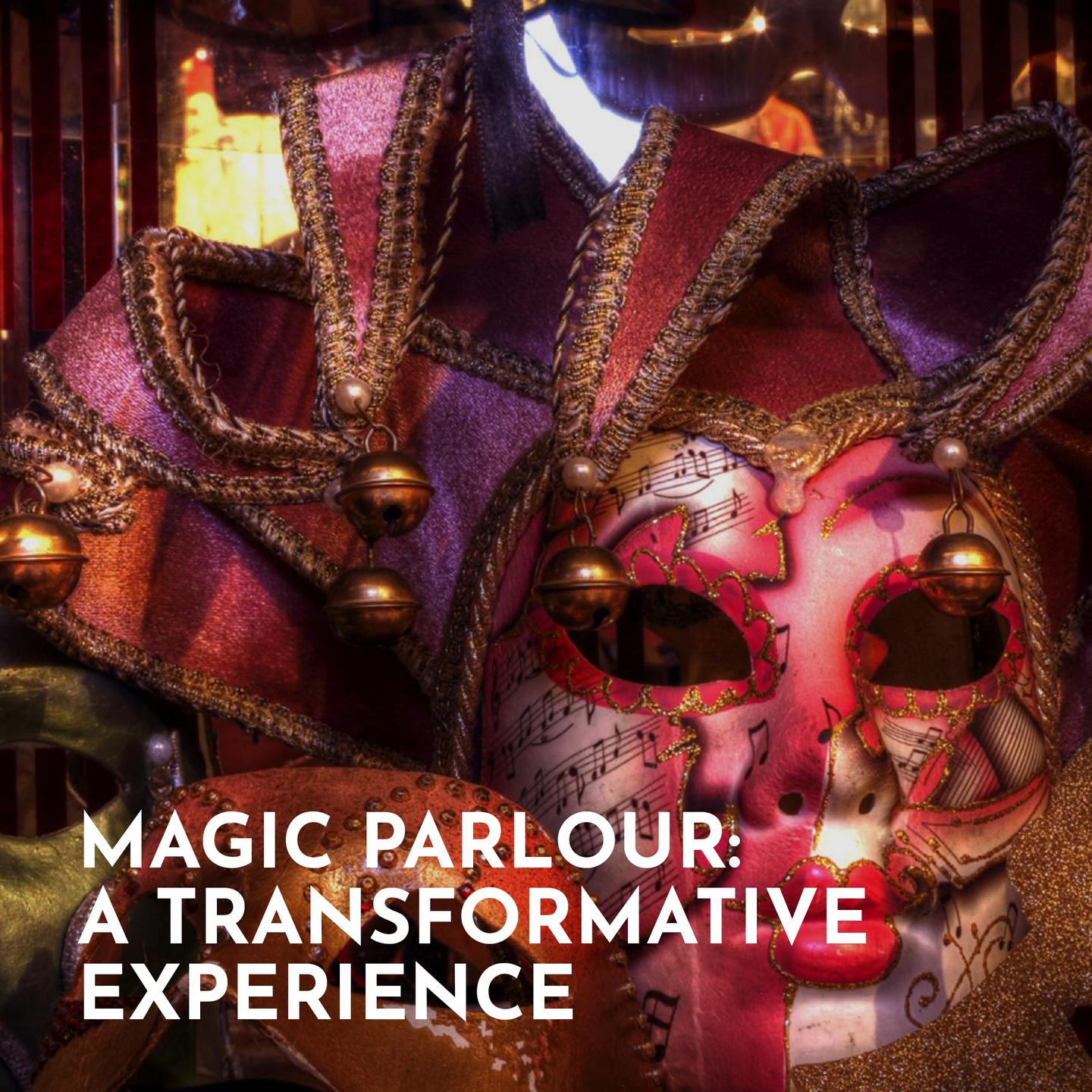 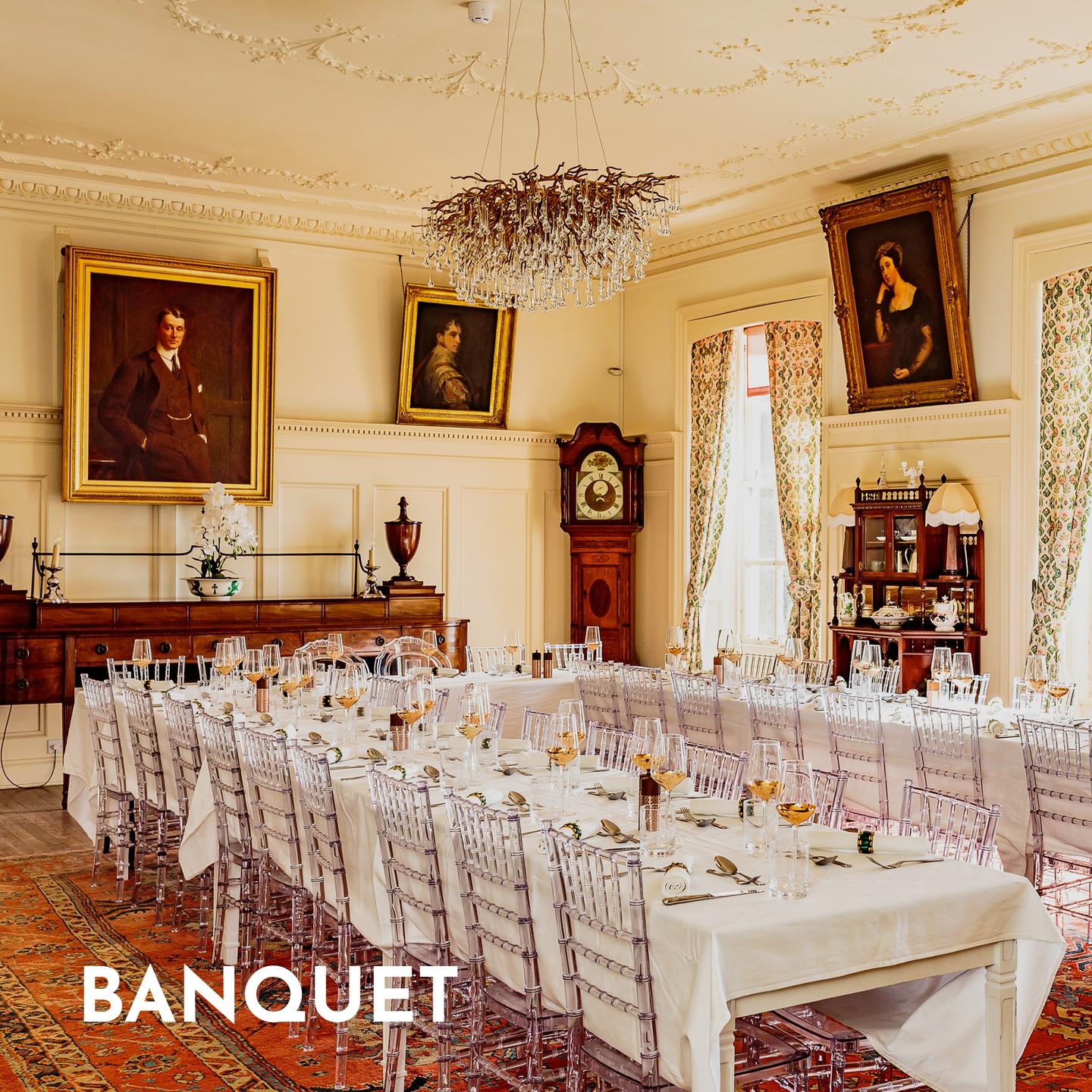 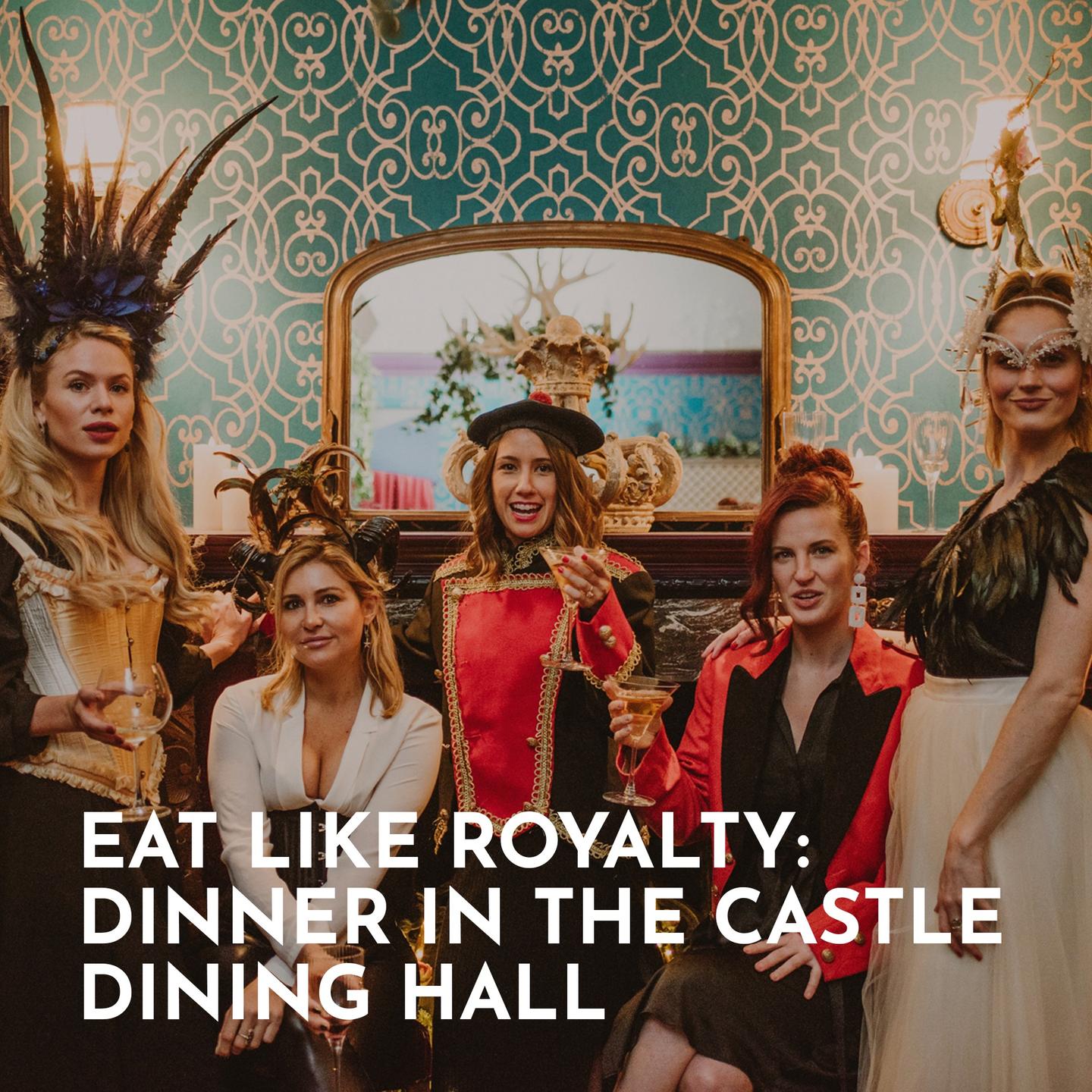 Eat Like Royalty: Dinner in the Castle Dining Hall 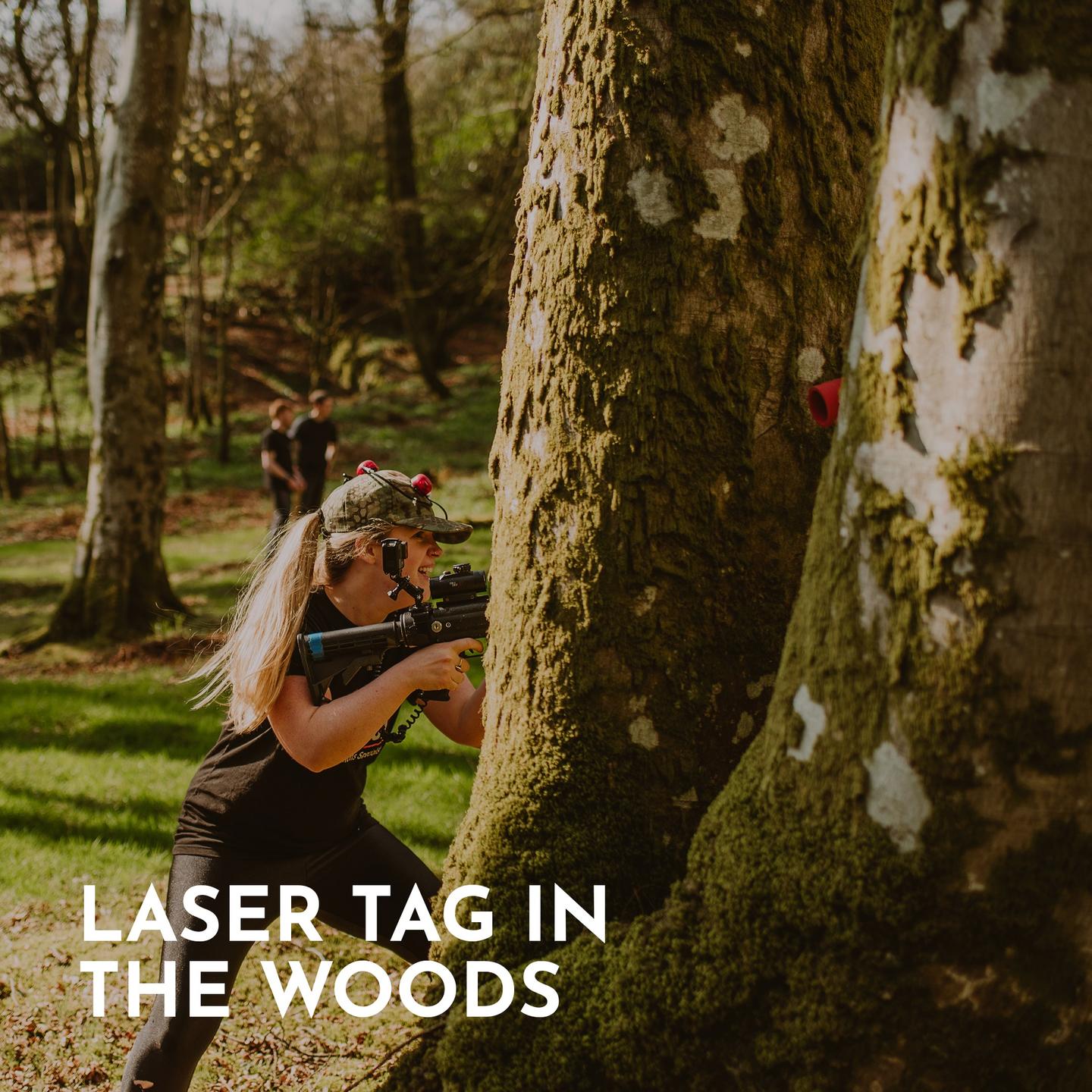 Laser Tag in the Woods

Join us for a Royal Transformation

Magic will come alive after a week of transformative exercises and experiences in this luxurious castle. This experience will have a significant impact on the rest of your life!

I'm Ready for an Empowered Life

YES, I AM READY FOR A LIFE-CHANGING EXPERIENCE

Want to spend a week in royal paradise for an unforgettable, life-changing retreat?

Life gives us opportunities to heal, step into our power, find clarity and peace. This is one of those opportunities.

Surround yourself with an incredible group of people in paradise and be deeply led by a leader who has positively impacted hundreds of thousands of lives.

If you want to fully live your life and learn to embrace the power you have inside, this is your chance.

What you will learn here will not only heal you from your past, removing the limiting stories and beliefs that have held you back most of your life, but also give you clarity and empowerment for your future. You will learn to fully live and master the moment while moving forward in the direction of your dreams.

You have something to give the world. This is your time to fully uncover it, unleash it, and find fulfillment and liberation to live authentically, courageously, and fully!

There are only 8 rooms available on this retreat. By the time you are reading this there will be less. Do not miss out on a transformation in paradise.

1. When is the deadline to register?

There are limited spots available. When the rooms are taken, we will close registration. Register now!

2. What can I expect from this retreat?

You can expect to walk into one of the most incredible life-changing adventures of your life. The retreat is a transformative experience that you will share amongst other empowered leaderswho are ready to go to that next level in life. You can expect to make new friendships, unleash your best self, gain new insights about yourself that you've never had before, heal you from your past, removing the limiting stories and beliefs that have held you back most of your life, but also give you clarity and empowerment for your future. You will learn to fully live and master the moment while moving forward in the direction of your dreams, and learn powerful skills, strategies, and tips to take home with you for life. Henry not only wants this to be one of the best trips you've ever had, but he also wants you to find fulfillment and liberation to live authentically, courageously, and fully. As a certified, award-winning coach and leader, Henry will be sure to equip you with deep, practical knowledge that you will be able to apply to any part of your life long after the retreat is over. Note: MakeItHappen.Life reserves the right to be selective about who can attend this retreat. Due to the setting, we want to ensure an optimal fit for the whole group.

3. How long is the retreat and when exactly is it?

Attendees will arrive to the Dunskey on the 18th of April, 2020. The retreat will go on for 7 nights, and attendees will leave the estate on the 25th of, April 2020.

Attendees are expected to arrange their own airfaire. However, accommodations, 3 hearty meals/day, airport transfer, many incredible excursions and activities, the life-changing empowering sessions, and much more are included.

Due to the nature of this event, all sales are final.  A non-refundable deposit is needed to secure your spot.  Any transaction fees are non-refundable. We wish we could compensate people for unforeseen circumstances (injury, family emergency, etc.) but we have costs already incurred when reserving retreat centers and hotels. To be safe, you may want to purchase travel insurance.

6. Do you offer payment plans?

Yes. Please see pricing below for details. If you would like to see if other arrangements can be made, please email us at [email protected]

7. Is there a benefit to paying in full?

Yes! Everyone who pays in full up front will receive a FREE 1 month group-coaching package to be privately coached by Henry ($1,750 value). Everyone that pays in full will also save money!

Henry Ammar is an International Life Speaker and Entrepreneur who hosts the Top 10 Podcast, “Making It Happen with Henry Ammar.” The podcast hit #1 in the Training Category and #6 in the Education Category on the iTunes Charts.

As a keynote speaker and empowerment coach published in Forbes, he has positively impacted people across the globe, speaking to audiences as big as 40,000+ people at a time.

Henry is an empowerment coach to pop culture celebrities and influencers. He is also the Personal Development Director and US Representative to the Exit Festival (Best Major European Music Festival for the past 3 years). 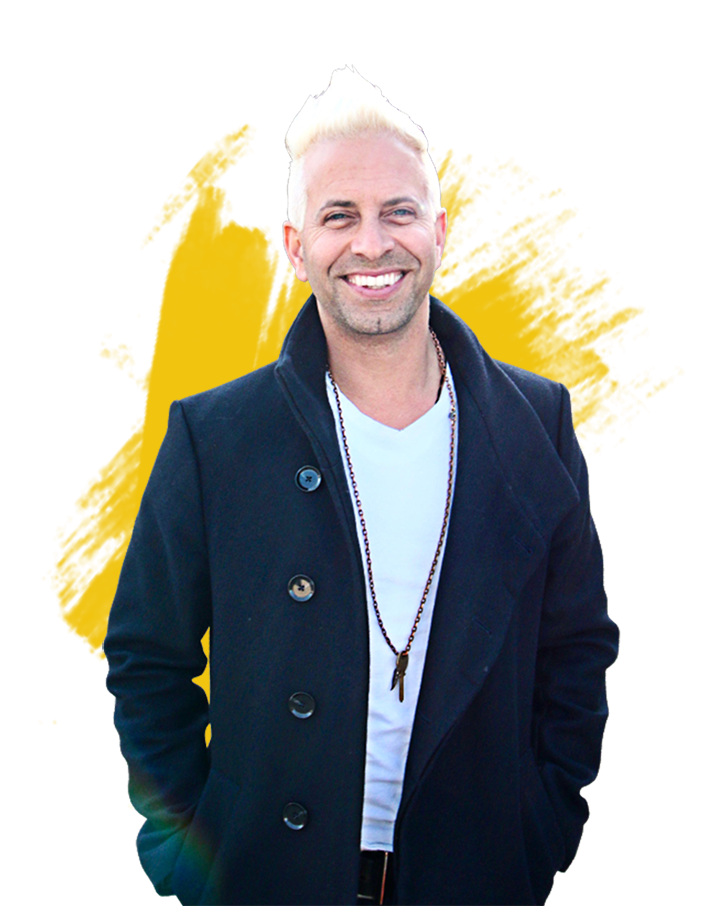 The minute you meet Henry, you know your life is about to change…for the best!

One hour with Henry did more for me than years of therapy!

He is a gifted inspiring speaker, one of the very best I have ever heard.

If you even feel, in your heart, that this is for you.

Partner with a friend and enjoy this magical experience together. Limited space available for double occupancy. Join us for a week that will change your life!

(ACT NOW TO SAVE MONEY)

Get your own room in the royal estate. Join us for a week that will change your life!

(ACT NOW TO SAVE MONEY)

Life gives us opportunities to heal, step into our power, find clarity and peace.

This is one of those opportunities!

ONLY A FEW ROOMS LEFT!!!